China Daily | 2020-08-01 11:15
The faster-than-expected expansion of China's manufacturing sector in July indicates a steady recovery of the economy during the second half of the year, experts said on Friday. 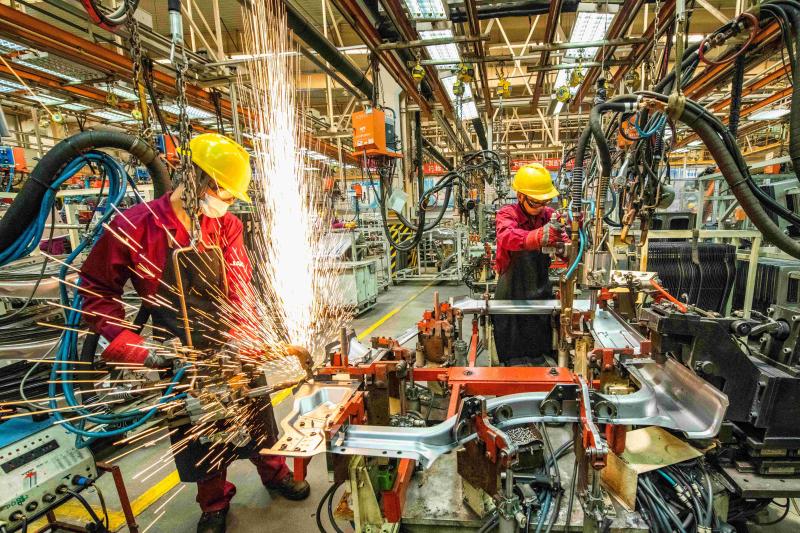 The faster-than-expected expansion of China's manufacturing sector in July indicates a steady recovery of the economy during the second half of the year, experts said on Friday.

The government is expected to ramp up fiscal support to boost domestic demand and lend targeted help to hard-hit small businesses, as part of the efforts to maintain momentum despite lingering uncertainties, they said.

The purchasing managers index for the manufacturing sector rose to a four-month high of 51.1 in July, versus 50.9 in June, indicating that the sector has accelerated its recovery from the COVID-19 epidemic, the National Bureau of Statistics said on Friday. A reading above 50 indicates expansion, while a reading below that reflects contraction. The index has stood above 50 for five months since March.

Production increased broadly across various subsectors last month while the expansion of demand has sped up for three months in a row, Zhao said, adding that exports and imports also rallied as major economies resumed business activity.

The subindex of new export orders came in at 48.4 in July, substantially up from 42.6 a month earlier, despite being in the contraction territory.

"The PMI readings point to a steady recovery momentum in July despite floods in parts of the Yangtze River and some local second waves of COVID-19," analysts from Japanese brokerage Nomura said in a research report.

They expect the official manufacturing PMI to remain around 51 in the coming months as Beijing further implements the fiscal stimulus and maintains the current growth pace in money supply, propelling China's economic growth to about 4.3 percent on a yearly basis during the third quarter and to 4.5 percent in the fourth quarter.

Meanwhile, equities surged on the mainland bourses after the better-than-expected factory activity figures. The benchmark Shanghai Composite Index rose by more than 1.4 percent in intraday trading and closed higher by 0.71 percent at 3310.01 points.

Analysts, however, cautioned about the downside risks from the COVID-19 epidemic and a potential sluggish recovery in demand. External demand could be hit by a worsening global pandemic or rising Sino-US trade friction, while the difficulties faced by small businesses could weigh on employment and domestic demand.

"The pressure on small and micro businesses has surged due to the epidemic effect and later the floods. Targeted measures are needed to help them out," said Liu Xuezhi, a senior researcher at the Financial Research Center of Bank of Communications.

According to the NBS, activities of small manufacturers contracted at a steeper pace in July, while the floods have affected some businesses in terms of transport, storage and other areas.

Apart from pinpointed support for affected small businesses, the nation is expected to accelerate fiscal support to expand domestic consumption and investment, especially in new types of infrastructure and urbanization, to counter uncertainties in external demand, Liu said.

A meeting of the Communist Party of China Central Committee Political Bureau, the country's top leadership body, on Thursday urged more efforts to expand domestic demand and for monetary policy to be targeted to achieve sound results.

"Overall, the Chinese economy will likely sustain the recovery through the second half and record one of the fastest growths across the world, driving the global recovery from the pandemic,"Liu said.